Talk to your Elders 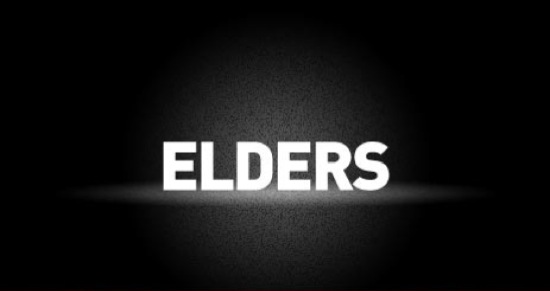 The church is designed by God to have spiritual resources for people wanting to grow in their faith. Every church I know uses some of those resources. They gather for worship, most teach Bible classes, some encourage friendships and provide opportunities for service.  Those are great opportunities for fellowship, learning, encouragement, and putting your faith into practice. But there are also so many other resources that the church can provide.  One that is often overlooked has been a tremendous benefit to my life and ministry: talking to your elders.

Who are elders?  One thing I find interesting about the lists given in 1 Timothy and Titus about the type of men elders ought to be is that every godly Christian person that I know is trying to be those things.  With the exception of the responsibilities as fathers and husbands (because some great Christian men are unmarried, and some great Christians are not men), everything on those lists is something every Christian should strive for.  What Christian doesn’t desire to be respectable and above reproach?  What Christian wants to be a quarrelsome lover of money or a violent drunk? These are things all Christians should aim for because they are part of the Christian life.

Elders are simply men who have been doing these things well for a long time.  They have proven to be trustworthy in their Christian walk.  They do the things Christians are to do in their homes, personal and public lives, and in the church. That’s why they are so great to talk to.

They have faithfully done what we are striving to do.  They take God and His Word seriously. They love the church. They are committed to the Lordship of Jesus.  The church has trusted them to gently lead God’s people as shepherds.  They are trying to emulate the Good Shepherd. What a tragedy for a sheep not to know its shepherd. Imagine a sheep trying to feed itself, defend itself, and lead itself without the guidance of a shepherd.  It probably won’t make it very long.

I hope you don’t respond by thinking, “psh, not my elders.” I know not all elders are what God wants them to be.  I know not all churches have elders. And that is truly tragic. But in my experience, most elders in the church, while imperfect, love God, have faithfully served him for many years, and have valuable experience and spiritual insight. They deserve the benefit of the doubt.  Don’t be afraid of them. Don’t expect the worst. They may surprise you with how shepherd-like they can be. They may become a great spiritual resource throughout your life.

But Seriously, Who is my Neighbor?

Jesus was asked a lot of questions. One of the questions He was apparently asked on multiple occasions was, “Teacher, what shall I do to inherit eternal life?” (Luke 10:25; 18:18). In Luke 10, the ensuing conversation led to a remarkable parable and a radical redefinition of the word “neighbor.” A definition that we still grapple with and struggle to accept today.

After a lawyer and Jesus have a conversation about how to inherit eternal life, they agree that the answer can be found in two Old Testament texts: Deuteronomy 6:5 and Leviticus 19:18.  Basically, the answer is to love God with everything you have and to love your neighbor as yourself. The first commandment is simple enough. That second one though, the one about the neighbor, is a little harder to accept.

Like most things, loving your neighbor is easier said than done. That’s why Jesus tells the lawyer that he actually has to do it (Luke 10:28). Not liking the implication that needs to do it, perhaps he thinks that he already is, he tries to justify himself by asking another question: “And who is my neighbor?” (Luke 10:29).

If he gets the answer, “your fellow Israelite” then he’ll probably still feel justified. After all, that seems to be what Leviticus 19:17-18 has in mind. But Jesus is going to complicate matters by redefining the word “neighbor.” He’s going to make things a lot less comfortable.

Jesus answers with a story about a man who is beaten by robbers and left in a ditch to die. Two of his countrymen, fellow Israelites, religious Israelites, see him, and intentionally pass by on the other side of the road.  But one man, a Samaritan, not a fellow countryman, in fact someone hated by Jews (John 4:9) having different religious beliefs (John 4:20) and different ethnicity, sees him, feels compassion, and shows mercy. He cares for him, takes him to an inn, pays for his housing, and shows kindness that no one else did.

Then Jesus asks, “Which of the three do you think proved to be the neighbor to the man who fell into the robber’s hands?” (Luke 10:36). Rather than even mentioning the hated “Samaritan,” the lawyer simply responds, I imagine with a hanging head, “The one who showed mercy toward him” (Luke 10:37).

Isn’t that interesting? According to Jesus, in order to receive eternal life, you must love your neighbor.  And the “neighbor” is the one who “shows mercy.” To Jesus, your neighbor is not the guy next door, your fellow citizens, your political cohorts, those who share your race, or even people you agree with spiritually.  It’s the one who shows mercy. The one who is merciful in spite of all those other things being different.

What is most interesting about this conversation, however, is that Jesus concludes it by telling the lawyer again to go and do it! (Luke 10:37). Do what? Love the guy who is nice to me? That would be really easy. The lawyer initially wanted to restrict the “love command” to only his fellow Israelites. Jesus is not, here, restricting it even further to only those who show you mercy.

The final statement of “Go and do likewise,” is a command to go and be like the Samaritan.  Go and show mercy.  Don’t wait for a kind neighbor to help you, then love him in return. Rather, go be the neighbor! Initiate the love!

In Matthew 5:43-44 Jesus redefines Leviticus 19:18 to include even your enemies.  The Samaritans were enemies to the Jews in Jesus’ day.  That’s why this parable is so striking.  Who is your enemy? Who sees you as an enemy? Who would you rather walk past? Who is the hardest to love?  Perhaps that is who you most need to show mercy towards.  To be their Samaritan and neighbor. To love them as yourself.